Writr is a simple editor geared towards writing of Markdown syntax formatted text. I wrote it and now you test it. Fair, no?

The following things, listed roughly in order of priority, will show up in future releases.

Writr needs Python and a fairly recent release of PyGTK to run. It also depends on python bindings for GTKHTML2 which currently ship with gnome-python-extras.

Writr is © Deepak Sarda and released under the GNU GPL. 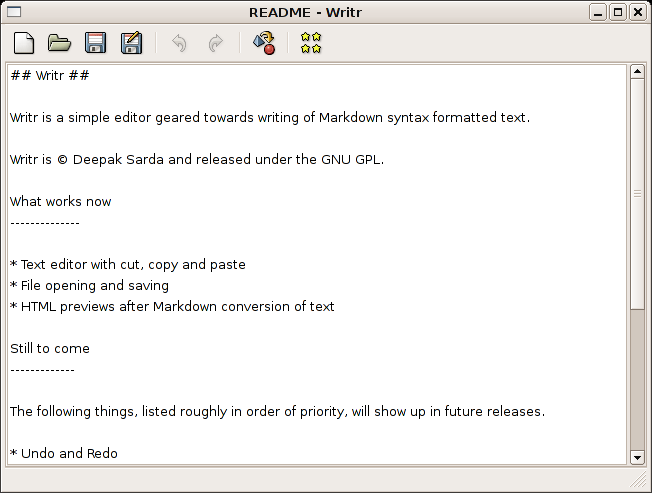 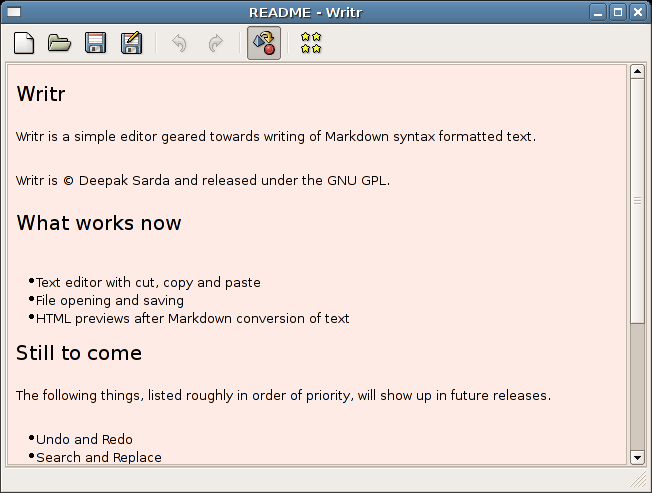 Thanks to all the people behind Python, PyGTK, and Python Markdown. Special thanks to the Scribes project from where I took lots of ideas and a bunch of code. Finally, big thanks to Sandino Flores for writing SimpleGladeApp and dozens of PyGTK example programs.